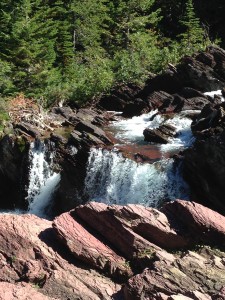 Author and mythologist Betty Sue Flowers (2007) says that a myth is a belief or story that we’ve stopped questioning. Although myths are neither inherently good nor bad, when we accept a myth as truth, we develop a blind spot — a learned cluelessness —  about that topic.

In this issue, I examine a few myths that underlie the notion of “change management.” In fact, I question the premise that change can be managed and offer several alternative approaches that have been helpful in my practice.

I discovered my own cluelessness about change on a lovely fall day in 2008. I was sipping coffee with my adviser, Philomena Essed, on the bank of a canal in Amsterdam. I was midway through my doctorate and was excited by the new ideas and perspectives I was discovering. But I also found myself asking troubling questions about my profession, especially the taken-for-granted approaches to leadership and change.

Philomena and I were talking about two pieces of conventional wisdom in business: “You only get what you reward” and “We need a change-management strategy.” We agreed that both rest on huge assumptions — that people only respond to rewards and that change is something that can be managed. In the middle of this conversation, I had a sudden insight. I stopped talking, thought for a moment, and then looked over at Philomena and said: “I just realized that I’m an expert in a bankrupt paradigm!”

It was a moment of vivid clarity, like Dorothy stepping from black-and-white Kansas into a brilliantly colorful Oz. I realized that I had spent 30 years of my life becoming a so-called

expert in leadership development and organizational change. For the first time, I could see that my expertise was built on an archive of theories that weren’t necessarily true . . . or even useful. I needed to put my expertise aside and take a fresh look at my field.

In the years since, I’ve discovered an array of scholars and practitioners who are developing new approaches to change, looking to chaos theory, complexity science, and nature to understand how organizations change. Among them are Edwin Olson and Glenda Eoyang, who, in their 2001 book, Facilitating Organization Change, identify three myths that typically drive our approach to change.

Myth 1: Change Starts at the Top

This myth follows logically from the belief in the heroic leader, the “great man” who rides into town and single-handedly saves the day. Our default assumptions: Leaders are located at the top of the hierarchy (e.g., “bosses”) and are deemed to be “great” when they demonstrate toughness, decisiveness, and individual courage. This pervasive habit of thought is most evident during times of confusion and stress — when we long for someone in charge to lead us to a better place. Within this context, it’s understandable that change-management strategies tend to be initiated at the top of the hierarchy and are designed to cascade down the organization in an orderly manner.

and executed by a small group of experts. Where does this myth come from? It dates back to Sir Isaac Newton, who saw our universe as a closed mechanical system — a machine if you will — where all phenomena could be observed, quantified, and measured. Frederick Taylor made this the central tenet of classical management theory: Organizations (and people) are rational and can operate and change like machines. To this day, the machine metaphor is the most accepted view of how organizational change occurs. We like to believe we can plan change and roll it out much like a new system in a factory.

In Middlesex, Jeffrey Eugenides (2002) writes: “Historical fact: people stopped being human in 1913. That was the year Henry Ford put his cars on rollers and made his workers adopt the speed of the assembly line” (p. 95). Over the last century, this deeply held belief in efficiency and control has manifested itself in several ways. First, because we assume that people can’t be trusted, we have created multiple ways to manage and regulate their

performance. We value best practices and standardized processes and tasks. We structure our organizations into departments with clearly defined roles and boundaries. Yes, there have been benefits; but there are also costs. Not only have we dehumanized our organizations; we’ve also weakened their ability to adapt by creating inflexible barriers to collaboration and innovation.

In an increasingly complex world, top-down, highly controlled change methodologies don’t work to accomplish sustainable change in most organizations. As Peter Vaill (2001) says, our organizations now operate in a state of “permanent white water,” where leaders are faced with a “continual succession of surprising, novel, ill-structured, and messy events, which . . . cannot be planned out of existence” (p. xxix).

If we acknowledge these myths, then how do we deal with organizational change? Let me offer a few suggestions.

Organizations are not machines; they are living human systems. So we need to find more-dynamic metaphors to describe them, metaphors that reflect their essential qualities.

Olson and Eoyang suggest a jazz-ensemble metaphor. Jazz musicians are self-organizing, continually creating, listening, and adapting to the moment. Their improvisation often operates on the edge of chaos, in a place of energizing tension. Chaos is a word that strikes fear in the heart of the classically trained manager. But in an organic system, change can come from anywhere, and it’s likely to be unpredictable, messy, and, maybe most of all, unmanageable.

In a study of how entrepreneurs think, researchers at Babson College reached a number of interesting conclusions (Schlesinger, Kiefer, & Brown, 2012). They found that entrepreneurs are not great risk-takers but that they are great learners. They observed that

entrepreneurs tend to have a general sense of where they want to go but not detailed plans for getting there. Instead of spending a lot of time thinking and analyzing, typical entrepreneurs move into action, taking the next step and learning from it. Innovation doesn’t come from planning and thinking; it comes from trying and experimenting. It comes from taking action and being open learning. I suggest that we all begin to think more like entrepreneurs, that we put aside large-scale plans, create small experiments, and learn as we go.

It seems to me that most meaningful change is the product of debate, difference, and, sometimes, fierce disagreement. Instead of constructing large-scale change initiatives, we are often better served if we focus on the tensions, conflicts, and differences that confront us on a daily basis. This means walking into the dreaded arena of disagreement and conflict, acknowledging the elephants in the room, having respectful dialogue, adjusting our worldviews, and learning something new. Real change happens when people and organizations begin to consider other perspectives, when they disrupt habits and legacy beliefs and open themselves to new and courageous ways of thinking and acting that will lead to better solutions for businesses and society at large.

These are only a few of the many approaches that become available when we shift our perspectives on organizational change. Once we grasp that organizations are human systems, comprised of endlessly complicated, fascinating, creative, competent, and independent people, new possibilities and methodologies emerge. In future issues, I’ll continue to explore these and other ideas. I invite you to join me on the journey.