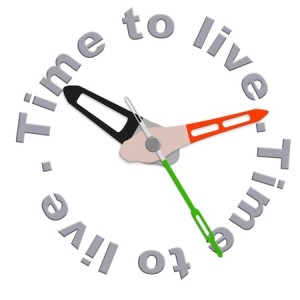 Sound familiar? Many of my client meetings start this way, with a litany of the nearly impossible demands of work and home. The problem isn’t new. Work hours have increased steadily over several decades. And in response, we’ve learned to work longer and harder . . . and to squeeze the other parts of life into the time left over.

Most people know this isn’t a viable long-term model for work, yet they feel trapped by nonnegotiable expectations and the belief that failure to meet those expectations will hurt their organizational standing. In addition, when pressed, many admit that at least some of their fatigue is self-inflicted because they can’t turn away from the screen or turn off the phone.

We are left with a growing cadre of tired workers who feel unable to catch up, do their best, or envision another way of working.

What’s going on here? And is there a way out?

One of the biggest drivers of workplace exhaustion is digital technology. London Business School professor Lynda Gratton agrees: “Rather than an aid to work, these new technologies behave more like a bad-tempered two-year old, demanding constant attention and leaving little time for reflection and innovative thought” (2014, p. 39).

In their 2014 article, “Why You Hate Work,” researchers Tony Schwartz and Christine Porath note that we are faced with an unprecedented “flood of information and requests that we feel compelled to read and respond to at all hours of the day and night.” The result, they contend, is that a large number of people, including top executives, find work a “depleting, dispiriting experience, and in some obvious ways it’s getting worse.”

The Unwritten Rules of Machismo Culture

Technology is not the only culprit. To better understand workplace exhaustion, we also have to consider how taken-for-granted work practices and cultural norms may be undermining energy at work.

I often ask my clients, “What are the unwritten rules for success in your workplace?” In other words, what behaviors and attributes are really valued? The answer I hear most often is “working hard.” That may seem obvious. After all, isn’t hard work the bedrock of our society? Still, we need to distinguish between hard work that is intrinsically rewarding and hard work that is driven by the expectations of a machismo work culture.

Most workplaces carry some trace of machismo norms. In these organizations, the model worker puts work first and is committed to producing results as quickly as possible under any and all circumstances. Because they demand immediate results, these workplaces tend to value heroics, which encourage crises and leave little time for planning and reflection. As researchers Robin Ely and Debra Meyerson (2000) note, these norms are reinforced by work practices, social interactions, and stories that glorify and reward “self-promoting ‘stars,’ but not the behind-the-scenes builders and planners” and reinforce the image of the ideal employee as one who places “family obligations second to work obligations” (p. 118).

Most important, note Ely and Meyerson, these norms are assumed to be neutral “and even honorable” (p. 116). But in fact these norms create an implicit bias in favor of those most able to meet work demands, and they devalue those with family or other obligations that prevent them from being available all of the time.

The Hollowing Out of the Middle Class

We can also link workplace fatigue to the restructuring of the economy that’s been under way for several decades. And in this postrecession era, the threat of economic insecurity has become even more real. Baby boomers came of age in a thriving postwar society in which they were wealthier and healthier than their parents. In contrast, Gen Yers and millennials have grown up in the shadow of recessions, globalization, and 9/11, and generally earn less than their parents did at the same age. Simultaneously, we’ve witnessed the hollowing out of the middle class, the redistribution of wealth to the top, and the dramatic rise in the working poor. “The challenge of moving upward has become more daunting,” Robert Reich (2015) notes, as “a smaller middle class yields fewer opportunities for joining it” (p. 139).

With this scarcity mentality as a backdrop to the demands of technology and machismo work cultures, a clearer picture of the drivers of workplace fatigue begins to emerge.

Restoring the Rhythms of Work and Rest

So what can we do? The answer may well lie in nature.

Consider the fact that we are living organisms, designed to function at our best when we honor the rhythms of nature. Dave Schrader (2014) describes the necessary interplay between work and rest:

The back and forth between work and rest is built into the fabric of the natural life around us: we breathe in and breathe out; day turns into night and night turns into day again . . . summer turns into fall and much of the natural world goes dormant in winter. The pattern is fractal — it repeats itself at different levels of scale, but it’s always the same: productive labor gives way to productive rest.

When we ignore natural rhythms, when we fail to rest, we lose our physical resilience. We also lose the mental coherence necessary to reflect and make wise choices for ourselves and others. The solution: We have to learn how to rest again. In their study of 12,000 white-collar workers, Schwartz and Porath found significant increases in satisfaction and productivity with a few simple changes in work practices.

Among those changes are physical renewal and mental rest and focus:

Restoring the Dignity of Work

Vocare is the Latin word for “call” and the root of the word vocation. Healthy organizations appreciate their workers’ natural abilities and support them in following their vocation, or calling. The key is an organizational culture that allows workers to flourish and still achieve the organization’s goals.

Most experts agree that managers play a critical role in instilling cultural norms that support workplace well-being. Unfortunately, too many managers believe that their role is to control employees by having them conform to a set of rules. One of the costs of this mindset is trust. As Schwartz and Porath say, “Many employers remain fearful that their employees won’t accomplish their work without constant oversight — a belief that ironically feeds the distrust of their employees and diminishes their engagement.”

Managers can restore trust and increase performance by ensuring that core needs like these are met:

Restoring the Idea of a Future

It’s worth noting that none of these suggestions cost money. The overarching message is to slow down, wake up, and reimagine the work practices that are draining our organizations of their vitality.

Some might say that slowing down is impossible. In his book, Blessed Unrest (2007), Paul Hawken offers a provocative counterargument. He profiles the work of a group of entrepreneurs who have created a clock designed to “keep accurate time for ten thousand years without power. [They] call it the Clock of the Long Now. It will chime once a millennium” (p. 154). Their purpose is to promote very long term thinking.

They also call attention to the cost of failing to focus: “a foreshortened and badly imagined future” (p. 154). The whole point, Hawken says, is “to extend time out in iconic and massive forms in order to create the mental continuum in which a future can be imagined. Indeed it is an attempt to restore human imagination to the very idea of a future” (p. 154).

Without knowing it, Hawken argues, we’re all “betting on the Clock of the Long Now” (p. 154). In fact, we’re betting that our children, and our children’s children, and their children will find ways of working and living that produce a better, more sustainable, more fulfilling world.

Now that’s a future worth slowing down for. We’d better get started.

Hawken, P. (2007). Blessed unrest: How the largest movement in the world came into being and why no one saw it coming. New York: Viking Penguin.