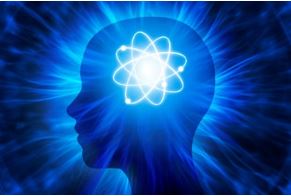 Brain research is all the rage these days. Everywhere I look, I see articles and books about neuropsychology and other branches of neuroscience that are unlocking the mysteries of the human brain.

For example, in my field, brain researchers are offering new insights on behaviors that help or hinder interpersonal relationships within organizations. One leading expert, David Rock (2008), describes how the primitive, “reptilian” part of our brains is wired to search for threats in five domains that he calls “SCARF,” an acronym for status, certainty, autonomy, relatedness, and fairness.

Using status as an example, Rock explains how a commonplace interaction, like giving

advice or even directions, can threaten the listener. Why? Because our brains are extraordinarily sensitive to differences in hierarchy and power. And offering feedback, he notes, can produce a strong threat response in the listener, much like “hearing fast footsteps behind you at night” does (p. 4).

With this knowledge, it’s possible to adapt our interactions to create, not fear and avoidance, but connection. For example, Rock says, people experience an increase in status when they receive positive feedback or when they have opportunities to learn and demonstrate new skills and knowledge.

Clearly, neuroscience is important, especially for those of us interested in ways to make work environments more fulfilling and productive. But I confess the research also troubles me. What concerns me is that our Western love of empiricism could lead us to discount other ways of knowing and understanding human behavior.

With this in mind, I was pleased to read Susan Szpakowski’s essay “Mindful Leadership: Discovering Wisdom Beyond Certainty” (2012). Szpakowski, an expert in Buddhist practice, takes a “both–and” approach, noting that ancient Buddhist teachings and 21st-century brain research draw similar conclusions about how the mind works. Buddhist practice, she writes, is grounded in the premise that our minds crave certainty and predictability. She finds a parallel in Rock’s research: “The brain likes to know what is going on by recognizing patterns in the world. It likes to feel certain” (cited in Szpakowski, p. 111).

The challenge, then, is to learn how to function and even thrive in the midst of uncertainty and confusion – a challenge that is becoming more daunting as the pace of change accelerates. Szpakowski uses both Buddhism and science to explore how the human brain typically deals with ambiguity.

Western Buddhists use the concept of “ego” to explain how the brain attempts to create certainty. Ego, they claim, engages in a “sophisticated, moment-to-moment process [that] freezes, judges, anticipates, and assumes what is going on, driven by an unconscious anxiety that something is missing, [that] something needs to be secured.” However, because reality is in constant flux, ego’s mission to achieve certainty is never achieved, and that produces “a pervasive sense of dissatisfaction” (p. 112).

Similarly, Rock’s research reveals how uncertainty can activate a complicated chain of chemical reactions in the body, producing a feeling of dread, a feeling that something is wrong. That feeling ultimately triggers our survival reaction, sending us into our default fight-or-flight mode.

Anxiety. Dread. Fear. These emotions are familiar to all of us. In fact, I would submit that these feelings are constants in the

human condition, and that today’s rapidly changing world has magnified their effects. Also amplifying those effects are our interactions within teams, organizations, communities, and societies. Clearly we face an enormous challenge when we try to develop effective human systems.

Which brings me to the antidote. Both Buddhism and neuroscience provide approaches – complementary approaches — to help us counteract uncertainty. These approaches rest on the basic concept of mindfulness, a way of slowing down the mind to find new ground that is not ego-based.

As Szpakowski says, mindfulness deals directly with “the ongoing, universal fear of uncertainty, which, if left unchecked, distorts perception, freezes intelligence and learning,

and leads to spiraling interpretation, emotion, and reaction” (p. 118). Rock uses the concept of the “director” to illustrate how mindfulness works. He describes the ability to bring focused awareness to thoughts, feelings, and stimuli and to choose to let them go “in the moment of recognition” (cited in Szpakowski, p. 114).

The notion of letting go is central to the Buddhist practice of meditation, which is known to increase the malleability of the mind (what brain researchers call neuroplasticity) and is associated with greater self-control and creativity (Kornfield, 2008; Geller, 2016). According to Szpakowski, however, mindfulness can be practiced in other ways too by applying these four principles to daily living:

Reclaiming the Lost Sense of Self

A few years ago, these recommendations would have been considered impractical if not irrelevant to the business world. Today, however, the list of companies that are implementing some form of mindfulness practice grows every day. They include Aetna, Dana Farber, Ford, General Mills, Google, Green Mountain Coffee Roasters, Intel, Merck, Patagonia, and Target.

And that practice seems to be working. For example, Aetna’s CEO, Mark Bertolini, has received considerable media attention for introducing a series of mindfulness and meditation seminars that reportedly have reduced stress and employee health care costs while increasing productivity (Karabell, 2015).

Here, too, though, we need to be wary of the seduction of science. It’s useful to understand the mechanisms, chemicals, and processes at work in our brains when we are under stress and when we are practicing mindfulness. And it’s encouraging to

measure the outcomes in terms of greater serenity, satisfaction, and productivity in the workforce. But this research only tells us what happens, not why it’s so vitally important. The risk is that we will stop here, thinking that a measure of relief from our anxiety and an uptick in productivity are the ultimate goals, when the potential is so much greater.

Mindfulness teacher Jack Kornfield argues that the initial goal of the novice is to heal and “reclaim [a] lost sense of self.” (n.d). Although this is rewarding, the next step and ultimate purpose is the “further development of character . . . the cultivation of skillful qualities such as generosity, patience, mindfulness, and kindness. . . . From this sense of true nature, we can also discover and honor our individual or personal destiny, our self for this life” (n.d).

Szpakowski acknowledges this, saying that too little is written about “the great bank of wisdom and compassion that becomes available when ego’s impulses have been harnessed” (2012, p. 119). Keeping this potential in mind, the intersection of science and ancient wisdom can become a potent force. One notable example of this is the Mind & Life Institute, which began as a collaboration between neuroscientists and the Dalai Lama.

What is emerging, then, is a new possibility that extends beyond controlling our primitive responses. By integrating the wisdom of the Buddha with the discoveries of brain researchers, mindfulness can help us realize our true human potential.

Rock, D. (2008). SCARF: A brain-based model for collaborating with and influencing others. NeuroLeadership Journal 1, 1-9. Available at  http://www.your-brain-at-work.com/ files/NLJ_SCARFUS.pdf