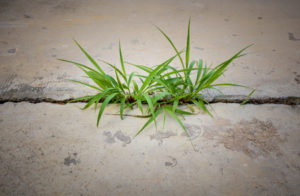 The Illusory Ideal of Collaboration

Years ago I worked with a CEO who would bemoan the inability of his staff to see beyond their own function, project, or individual need. Exasperated, he’d say, “I’d give anything to have people who could work together for the greater good of the company.” And yet, despite his best efforts, his team members continued to bicker, maneuver and manipulate, gossip, and protect their own turf.

Since then I’ve come across that concern more times that I can count. In fact, a lack of collaboration — teamwork, cooperation, or whatever term you like — may be the complaint I hear most from clients, regardless of firm size, sector, or industry.

Thanks to research conducted by Lynda Gratton (2014) and other scholars, the barriers to

collaboration are well known. In a nutshell, most organizations operate in a state of perpetual change and uncertainty. At the same time, teams are becoming more diverse and virtual, challenging members to build relationships across difference and distance. In addition, building cooperative cultures is hampered by outdated organizational structures and work practices that perpetuate command-and-control mentalities and internal competition.

Especially as the world becomes more complex, interdependent, and diverse, there’s solid evidence that building relationships up, down, and across an organization is a critical requirement for achieving wanted outcomes (Gratton, 2003, 2014; Schein, 2013).

The case for collaboration. Logical, yes. Inspiring, not so much. In my view, this utilitarian argument fails to generate either urgency or real change. More often than not, collaboration is presented as an abstract “good idea” that sounds about as interesting as flossing your teeth: a necessary chore, but one that can be inconvenient, boring, even painful at times. No wonder the problem persists.

Through a Wider Lens: Democracy

That got me thinking. If the conventional argument for collaboration isn’t compelling, maybe we should look at it through a wider lens. After all, businesses are nested in a larger social fabric.

From this angle, using the widest lens possible, the most daunting challenge to collaboration comes into focus: the task of bringing diverse stakeholders together to solve

the issues that plague our communities, nations, and planet. This is the challenge of democracy, a word derived from ancient Greek that means “rule by the people” (Democracy Building, 2004). Democracy demands collective problem solving; collaboration is crucial to its survival.

There are at least two good reasons for examining collaboration in the context of democracy.

First, democracy is only as good as its institutions. Certainly effective political processes are a requirement; but it’s the way we interact each day within our families, schools, churches, and organizations that determines the quality of a democracy. As Robert Bellah and his colleagues write, “We live through institutions”; from institutions we learn the fundamental norms and patterns of behavior that enable democratic thought and action (1991, p. 3). From this perspective, business plays a vital role in determining our conduct as citizens.

Second, many believe the future of democracy is in question. It may be more accurate to say that the future of democracy has always been in question because democracy isn’t a fixed end state and its success is dependent on the continuous engagement of citizens. However, as Bellah and his coauthors point out, a stable democracy “requires a degree of trust” in its institutions, and the turbulence, inequities, and conflict associated with our globalized world have begun to erode this “heritage of trust” (p. 3). Business — a key player in the charge toward globalization — has had more than a small hand in driving these changes and so bears a large share of responsibility for rebuilding this essential foundation of trust.

Individualism and the Common Good

One factor in the erosion of trust is individualism. In the West, and particularly in the United States, we have inherited a strong bias toward individualism that assumes a common good will emerge as the sum of individual achievements. Historically this has led us to focus almost exclusively on personal success, a success measured in terms of individual accomplishment and wealth.

Inarguably, this individualistic heritage has fueled great accomplishments. But when a good idea becomes a rigid ideology, it can create blind spots and lead to outcomes we may

not want. In this case, our tenacious and deep regard for the triumphant individual has overshadowed and suppressed the values of care and connection and our broader sense of responsibility for the common good.

We find the same thinking in our organizations. Ed Schein (2013) describes “tacit assumptions of pragmatism, individualism, and status through achievement” that have created task-oriented competitive cultures that value “doing and telling” and “getting the job done” over listening, building relationships, and collaborating (p. 66).

Moreover, as the quest for personal wealth is projected onto our global society, the sum of individual “goods” has created more problems than solutions — a common “bad” — including extreme inequality, polarization, hypercompetition, and conflict. In this environment it’s pretty hard to find common ground much less common good.

And yet I think we have plenty of evidence that democracy can work, that we can find ways to balance individual and collective needs, especially if we’re willing to look beyond the daily news and try to understand how democracy is done.

Here’s a decidedly nonbusiness but instructive example: In the mid-1990s, sociologist Cynthia Cockburn studied several women’s groups who were working to build collaborative relationships across ethnic boundaries in the Middle East, in Bosnia and Herzegovina, and in Northern Ireland. Her objective: to understand how ordinary women were able to surmount aggression and war and find peaceful solutions, filling “the space between their national differences with words in place of bullets” (1998, p. 1).

As Cockburn discovered, each group realized that no progress would be made without first taking the extraordinary effort to understand each other, which meant tackling difficult topics, confronting differences, exposing assumptions, and considering other perspectives. In the end, Cockburn observed, the objective was not to agree with each other, or even to seek consensus, but to consciously engage with the “difficult reality of unavoidable,

Respectful struggle . . . two words that capture the dynamic essence of democratic practice.In this context, struggle doesn’t assume a violent conflict, an enemy, or an adversary who might be blamed. Instead respectful struggle implies a shared effort to overcome a great difficulty on which there is little agreement and for which there is no apparent answer. I think what Cockburn’s study revealed was the nobility and worth of the arduous day-in-day-out work of democracy.

How can we cultivate respectful struggle in our communities and organizations? Here are a few thoughts:

A Call to Action — Collaborate!

So what about business?

For many decades, businesses have been wandering in the arid landscape of shareholder value, exhorted by B-school gurus to focus on a single objective: creating wealth. At the same time we have built and perpetuated paternalistic structures and systems that tell employees what to say and do, rewarding them when they succeed and punishing them when they fail, in the process creating a vicious cycle of competitiveness and fear.

And then we ask them to collaborate.

Fortunately there are signs of change. Recently I watched a new CEO conduct a remarkable dialogue with a group of associates. “I will help shape the goal, but I’m not

going to tell you what to do,” he said. “I trust you to figure it out and promise to give you the support and resources you need.” Of course, many of the employees had heard similar words from his predecessors and been disappointed, so their reactions varied from disbelief to skepticism to cautious optimism. Over time, they will learn that this CEO really means it and has a track record to prove it. His experience and values inform an approach to leadership that treats people like adults, capable of self-management and collectively tackling tough issues. Beyond this, he believes he has a responsibility to enhance the lives of employees and customers and to contribute to the greater society.

This CEO may be noteworthy, but he’s not unique. Like blades of grass pushing through concrete, the number of purpose-driven companies, leaders, and associates is growing.

Which brings me to a call to action. I’d like to invite you to put your collective shoulders to the real work of collaboration. By this I don’t mean the sanitized, corporate-sanctioned version of collaboration, but the courageous, roll up your sleeves, get in the ring, respectful struggle kind of collaboration. Connect, engage, converse, take risks, fail, succeed, and fail again. I promise your business will benefit. More important, you’ll recover yourself in the process.

In the grander scheme, collaboration may help us become what Czech philosopher and president Václav Havel called “ambassadors of trust in a fearful world” (as cited in Bellah, Madsen, Sullivan, Swidler, & Tipton, 1991, p. 285). Embracing our roles as corporate citizens, with agency and voice, we can model democratic processes, create institutions worthy of trust, and contribute to a revitalized democracy.

Cockburn, C. (1998). The space between us: Negotiating gender and national identities in conflict. London and New York: Zed Books.

Needleman, J. (2012, June 28). The inward work of democracy. On Being podcast. Retrieved from http://www.onbeing.org/program/inward-work-democracy-jacob-needleman/222